It was the early 1970s when Frank Kass and Jack Lucks were enjoying success in the office furnishings and supply business. But there was an interesting drumbeat they heard from clients.

They wanted more than office furniture; they wanted office space.

It was from that spark that Continental Realty was launched in 1973. We ventured into building and leasing 'flex office' – simple, one-story suburban office space for small businesses. As the decade closed, we added more office and warehouse property to our portfolio reaching a total of twelve built and leased office buildings.

Lesson: Listen to what the market is telling you. 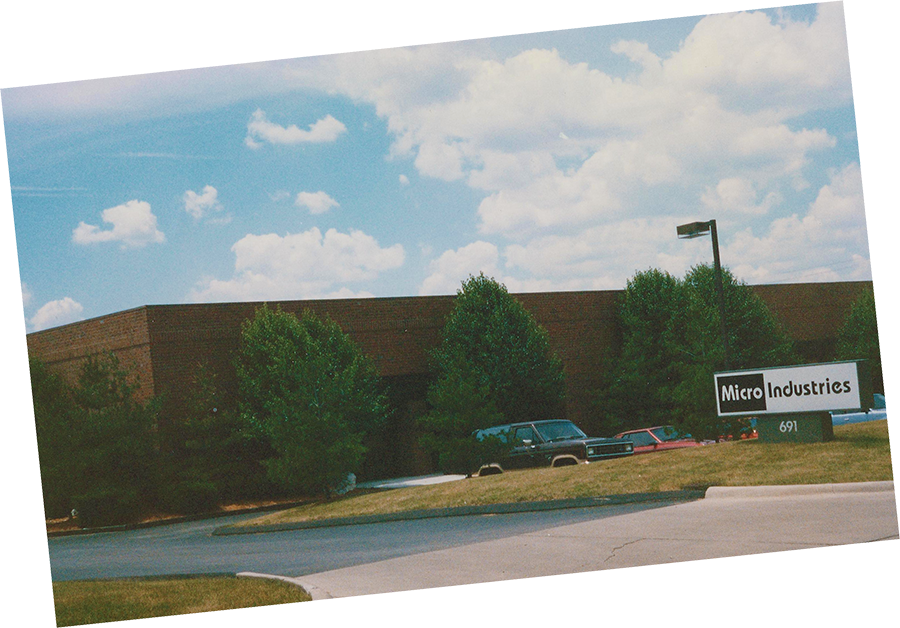 Before Cardinal Health became a pharmaceutical company, it was Cardinal Foods.

An idea was struck that small towns would benefit by having strong, grocery store-anchored retail centers. It was unlikely smaller towns would attract large, interior mall development so this was an efficient and practical way to provide shopping variety and deliver a large city grocery experience.

Eventually eight of them were built. In the 1980s, Continental also built large retail centers in Columbus and Dayton.

Continental followed market demand and the bankers’ lead and landed funding for upscale, multi-family residential developments. The kick-off project in 1988 was Turnberry, a golf course community in Pickerington, Ohio.

Others followed over the next decade or so including Christopher Wren in Gahanna, Kensington Grove in Westerville, Sycamore Ridge in Dublin, Heritage Green in Hilliard (also on a golf course) and a 90—acre development in Reynoldsburg.

Flexibility is the foundation of longevity.

In the early 1990s, the banks lightened up as confidence rebounded and lending opened up again. Continental would begin a decade of unprecedented growth with multi-family, retail and office projects on the boards. The biggest push was in retail development, led by a mixed-use project of historic and social significance.

A group from Pittsburgh had heard of our Lennox Town Center development in Columbus, Ohio. They’d heard that it was an industrial site Continental and partners had turned into a shopping and entertainment complex and they felt this could be the right approach for a large, somewhat similar property in the near suburbs of Pittsburgh.

Continental agreed and headed east to Pittsburgh in 1998 to break ground on The Waterfront – a mix of lifestyle and big box retail, entertainment, restaurant, hotel and offices.

The site was the razed brownfield of Andrew Carnegie’s Homestead Steel Works, situated along the banks of the Monongahela River and the place where the infamous Pinkerton riots took place. The three communities surrounding the property were in dire financial straits, one on the edge of bankruptcy and this was their best hope for a renewed future.

From the mid-1990s into 2008, Continental’s development track ran coast to coast with concentration in Ohio, Pennsylvania and North Carolina. Demand was high in a handful of categories and the teams were executing office, multi-family and retail projects.

Multi-family residential began slowing in the early 2000s when mortgage lending made it less expensive to own rather than rent a home. On the retail side, demand for outdoor ‘lifestyle’ retail development remained strong until 2008. Continental purchased and re-tenanted 1.2m in Columbus office space and the built 500,000 sf in new office space at Pittsburgh’s Waterfront.

This decade or so of unparalleled growth came to a grinding halt that year when the financial markets heaved and the Great Recession stopped everyone in their tracks.

By this time, Continental was well-established as a full-service real estate company. Chasing development opportunities would be unproductive so the focus shifted to providing brokerage and third-party property management services.

When it came to project work, the focus was on sectors where the economy’s negative effects were less obvious. Interestingly, hotels were a good bet as were theaters and medical office. Student housing also provided opportunities in the compromised economy.

Continental Real Estate Companies’ history illustrates a truth all students of business recognize: There is a season to everything and the seasons repeat themselves — sometimes with a little more ferocity than in prior years; sometimes with greater kindness and always with a few good lessons learned.

In 2010, Continental completed The Kingsdale Shopping Center project in Upper Arlington, a suburb of Columbus, Ohio. The multi-use, grocery-anchored center, designed to serve an established community, calls back to the early days of Continental’s partnership in grocery-retail developments serving small Ohio towns.

The company’s focus for the immediate future is mixed-use centers, hotels, offices including medical and single-story flex offices, grocery-anchored retail and off-campus student housing. Always, if there is opportunity to partner for great returns, Continental will be interested.

To our valued partners and team members, thank you for all the things we’ve learned.